I’ve made it over the hill! The romantic comedy hill! The Notting Hill. Hugh Grant’s charm has worn off, for the most part. I’ve been waiting for something to bring me back to life, to strike inspiration, to move me. It turns out that horror movies hit the sweet spot. This week, I indulged myself with  cult classics that I came across on Netflix: Train to Busan (2016), The Babadook (2014), Scream (1996), and Nightmare on Elm Street (1984).

Well-crafted horror films capture both individualized human emotion and deep-seated social problems in a palpable, corporeal way (i.e. gore). These are all very different films but they do share similarities. Here are quick summaries of each film and why I loved them. 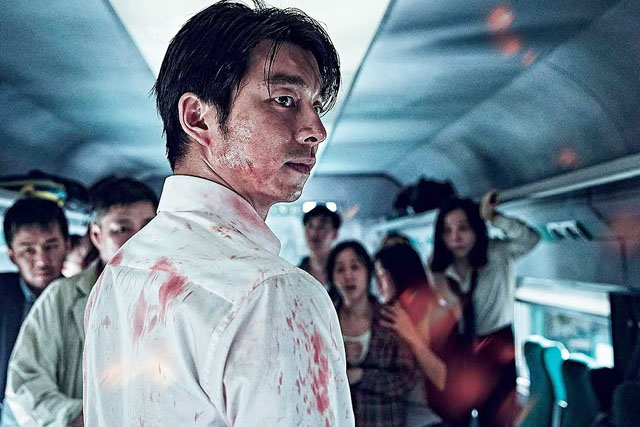 Train to Busan made me livid, and it wasn’t because of the blood. (Okay, sometimes it was because of the blood, but I’m pretty mentally resilient towards guts and whatnot). One of the things that made me most unsettled about this movie was the moral ambiguity, particularly the callous willingness to harm others in order to survive. Yet I felt myself empathizing with these people. I also felt myself empathizing with zombies, even just for a split second every now and then. In their maddened craze, they still felt very human. And yes, this dang zombie apocalypse film brought tears to my eyes.

Directed by Yeon Sang-Ho, this film is about avaricious fund manager Seok-Woo (Gong Yoo), who is so possessed by his work that his marriage crumbles apart and his relationship with his daughter, Soo-an (Kim Su-an), becomes incredibly strained. For her birthday, Soo-an wants to go to Busan to see her mother, Seok-Woo’s ex-wife. Suffice to say, this kid has a really bad birthday. Daughter and father hop on the train to Busan. Things take a nasty turn on their ride. Passengers on the train quickly become afflicted with a virus that turns them into incontinent, hysterical zombies, who convert people through biting. Seok-Woo and his daughter befriend a pair of teenagers, a married couple, and a homeless man as they fend off the zombies.

The Babadook is an Australian psychological thriller that follows the story of a disturbed young boy named Samuel (Noah Wiseman) who feels the presence of a monster in his home. The monster first appears as a scary character in a children’s book that Sam reads each night. His mother Amelia (Essie Davis) works in a nursing home for the elderly. She’s a single mother, who is made a widow after her husband dies in a car accident while rushing her to the delivery room. She is weary and at times, delusional. Feeling the presence of the Babadook, Samuel behaves peculiarly and aggressively, building weapons to defend his mother, who doesn’t believe in the monster. Until it possesses her.

After years of barely understanding Freddy Kreuger allusions, I finally sat down and watched Wes Craven’s slasher Nightmare on Elm Street. Given the technical capacity of horror films today, this cult classic doesn’t feel super scary. But it’s still morbid. The creators definitely weren’t shy about blood. The film begins with an all-American girl named Tina Gray, who has a nightmare about being stalked by a physically disfigured man (cough, Freddy Kreuger) wearing bladed gloves. She wakes up. When her parents leave town, she has a sleepover with her best friend Nancy Thompson, who soon rises as the heroine of the film as her friend group suffers the wrath of Freddy Kreuger. Nancy is more intuitive, more strong-willed than her boisterous, impressionable best friend. This can be both a setback and an asset as she tracks down Freddy Kreuger. 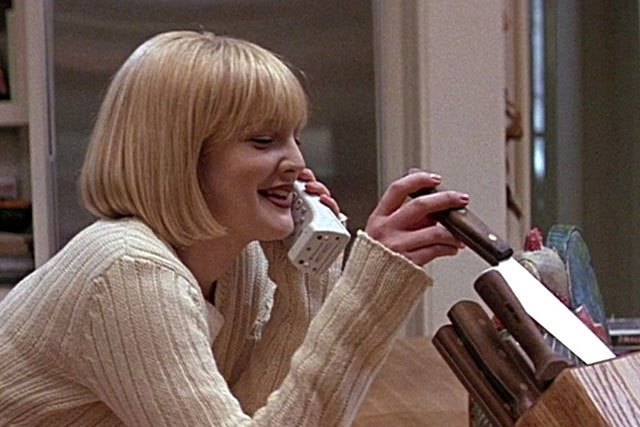 Wes Craven comes back for another scream, with, well Scream. Scream might be the quintessential teen cult movie. It’s a comedic slasher version of a typical teen drama. I recall watching it as a child, but I definitely did not appreciate it until the second time around. It’s a cheeky movie. It begins with Drew Barrymore and her on-screen boyfriend getting horribly eviscerated. People begin to die throughout town by the hands of a person—or thing—wearing a Halloween grim reaper mask and robe. The masked being continues to stalk a high school student named Sidney, who is occasionally sweet, appropriately brazen, and mostly nervous. She’s anxious about her mother’s murder and fears that her anxiety is preventing her from being a good girlfriend. Scream is a blast of humor, suspense, snark, and gore that makes for a satisfactory movie night in. It’s a pleasure to witness campy performances from the likes of David Arquette, Courtney Cox, Henry Winkler, Skeet Ulrich, and Neve Campbell.

Anyway, that’s a wrap on my mini horror movie fest this week. I’m watching Annabelle Creation soon, so I’ll report back with some of my thoughts on the movie!

Stacey is an entertainment and lifestyle writer with 4+ years of writing experience in journalism, marketing, and nonprofit communications. Her byline appears on websites such as The Balance, TripSavvy, HelloGiggles, PopSugar, HuluWatcher, StyleCaster, and The Bold Italic. View more posts